A “GOLDEN VOICE” ON THE ROAD. LADIES AND GENTLEMEN, PAUL CARRACK / THE INTERVIEW

The famous voice of “How long” is back on tour to promote the new album “One on one”, but among the live commitments will continue to be the one on the Eric Clapton tour. Future ambitions and past glories in freewheeling conversation, recalling that “The Wall” in Potsdamer Platz in Berlin in 1990 on stage with Roger Waters

Phil Collins said of him that he could “sing the phone book”. His acclaimed and unmistakable vocal timbre was also celebrated about ten years ago in a BBC documentary entitled “The Man with the Golden Voice”, but Paul Mervyn Carrack’s talent also extends to that of a multi-instrumentalist and composer making himself, in a fifty-year history, multifaceted artist with rare versatility, to the point of being the coveted session man of the most iconic world firmameto, from Eric Clapton to Elton Jhon and Roger Waters. For the artist native of Sheffield in the United Kingdom, the consecration to the general public took place in the mid-seventies when as Ace frontman he sang the multiple interpreted “How Long”, but his name is also linked to the militancy in Squeeze of the beautiful “Tempted “and” Hourglass “and Mike + The Mechanics founded in the mid-1980s by Genesis bassist and guitarist Mike Rutherford. After the cancellation of the 2020 tour due to the well-known Covid-19 events, Paul Carrack’s live activity resumed last October with the promotional tour of “One on one” but on stage the musician continues to alternate between his concerts and those by Eric Clapton as a keyboard player. Mediafrequenza met the artist in a break of a few weeks between the first and second tranches of concerts in the United Kingdom before landing in the Netherlands in the near future.

After the cancellation of the 2020 tour due to the covid-19 pandemic, finally we start again. We will see you busy for many concerts between the UK and the Netherlands; What other countries will you play in?

It was very disappointing that most of our 2020 tour was cancelled/postponed due to the pandemic. Fortunately we were able to complete about 30 theatre shows in the UK during January, February and March before we were closed down. The shows had all been really great. The band was playing really great and we were playing to full houses.

Fortunately I have a small studio at home so I was able to make good use of time writing and recording by myself . The result can be heard in my new album One on One. I play all the instruments (except horns) recorded and mixed it myself.

Going back to your question, in 2022 if all goes well, we will be doing 30 shows in the UK followed by the rescheduled shows in Netherlands and Belgium. In the summer I hope to be back playing with EC all across Europe.

We know that in addition to the gigs with your band you will continue to play as a keyboard player on Eric Clapton’s tour. What stimuli does such an artistically intense period give you on two very demanding fronts?

The last 10 years have been really hectic. I was already very busy touring and recording with my own band but I have also been involved with almost all Eric’s touring all around the world. It has taken me to places I have never been before such as Japan , the far and middle East. I have got to play with some of the greatest musicians in the world and it has been such a great experience

Does the slow hand show include any songs from your repertoire like “How long” and “Tampted”?

Not always. Really I am there to play Hammond organ and that’s fine by me. I don’t have the pressure of singing as I do with my own band where I am singing every song. It’s fun to concentrate just on playing organ. The people have come to hear Eric not me.

Introduce us to your tour band which kicks off on October 19th at the Bonus Arena in Hull, UK.

Dean Duke Drums has been with me over 20 years as have most of the band.

Jack Carrack Drums joined the band around 10 years ago. The 2 drummer thing works great. They work out between them how to coordinate the parts.

Jeremy Meek Bass . a great player who gives 100% every show (as do all the guys) played with Joan Armatrading for many years.

Steve Beighton Saxophones . Steve is a fine player who is very much in demand when he’s not touring or recording with me.

Speaking of your son Jack on drums, do you think that the strong family bond also generates a particular artistic understanding on stage?

As I said earlier this band has been pretty much with me for over 20 years and we have an exceptional understanding. It has been wonderfully fulfilling to work closely with Jack and has definitely brought us closer together. He definitely has the musical gene has developed into a fine musician and a fine young man.

What did the publication of ‘One on One’ mean to you in the year of your 70th anniversary?

I am very pleased that the album represents quite well what I am all about as a musician. I have had a very diverse career but I am trying to get as close to my own soul as possible and I feel I am progressing in the right direction.

What is the exact meaning of the title “One on one”?

It was the idea of my friend an manager Peter Van Hooke . It alludes to the fact that I made the album in isolation during lock down .

I wrote 9 out of the 10 songs and played all the instruments except saxophone and trumpet. I also recorded, mixed and mastered the record

The song “I Miss You” talks about the inconvenience caused by the pandemic. Can you tell us the importance this lyric has for you?

Our granddaughter was born in January 2020 shortly before the pandemic and lockdowns meant we were not allowed to see her or to support our daughter who had a very difficult time giving birth.

What could change, musically speaking in the post covid world? Will the need for exchange between artist and audience in a concert remain unchanged?

I believe this relationship is very important for the health and well being of both musicians and audience. I believe the lock downs , though sometimes necessary are very damaging to the health of human beings.

Ace, Squeeze, Roxy Music, Mike and the Mechanic, Nick Lowe, Roger Waters: which of these artistic experiences would you place at the top of the chart in order of importance? Why?

They have all played an important role in my experience as a musician for different reasons but these days my focus is on looking forward and developing my own catalogue and body of work as an independent solo artiste.

In the early nineties there were also spin one two, with Tony Levin, Steve Ferrone, Phil Palmer and Rupert Hine. A single album of completely rearranged covers of classic rock songs. Why was that project short-lived?

Basically because all the musicians are very busy and independent in their own right. It was a real fun project put together by Phil. It was recorded in a short time (1 week ?) it’s very difficult to assemble a group of musicians of that calibre because they all have other projects on the go.

In 1990 Roger Waters wanted you on stage at The Wall in the historic Berlin concert at Potsdamer Platz to perform the song ‘Hey You’. In the cast there were also Joni Mitchel, Van Morrison, Scorpions, Brian Adams and other big names. What do you remember most about that experience?

It was unlike any other production before or since. I was brought in very late to replace someone (I don’t know who). I was very nervous because of the scale of the event (over 250,000 people also)

That concert celebrated the fall of the Berlin Wall and ushered in a new cultural era. What are the walls still to be demolished today with the contribution of music?

There is so much division in the world today it is very worrying . I don’t see my music as being political but I believe music can bring people together in a way politics cannot.

In 2012 the BBC dedicated a documentary to you entitled “The Man with the Golden Voice”: Could the approximately ten more years of history, songs and concerts be enough to have a sequel?

Why not ? I think I am still producing good music (better than when I was younger) but whether the public would be interested I don’t know.

Special thanks to Fabrizio Ragonese 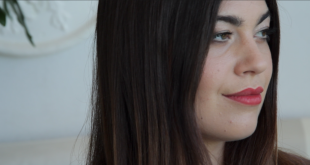 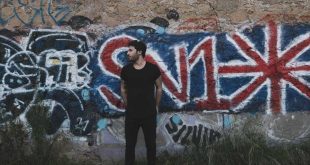 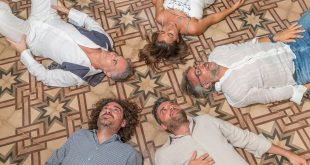 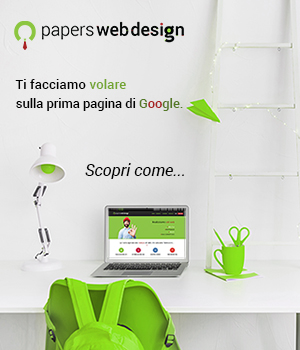