“Yes, I Have Ghosts”, David Gilmour’s new single sung and played with his daughter Romany, is released in a limited edition 7″ vinyl on the occasion of the RSD BLACK FRIDAY

No way. David Gilmour just can’t stand to sit back and enjoy a well-deserved retirement. Good thing, I might add, because he has amply demonstrated that he still has a lot of cartridges to fire, and when he stops it is only because he is loading the shot. It means there’s something on his mind. And when it’s his head, then you can be sure that the result will be amazing.

Five years after the triumphant Rattle That Lock album, the legendary Pink Floyd guitarist returned last July with a new single, Yes, I Have Ghosts, and at the end of the month the single will be released on vinyl. Yeah, vinyl. The one that in recent years seemed doomed with the advent of digital and that instead, against all odds, is finding a new youth.

For connoisseurs, vinyl is not only the symbol of an era, it is also the support to better appreciate the quality of every single sound, to perceive every single vibration on the skin. And so the vinyl/Pink Floyd juxtaposition comes almost naturally, for a band that has made the research of sounds and details a trademark, a band that has been able to make every record a real acoustic-mental experience. Even Gilmour could not fail to bring a big slice of Pink Floyd to his solo works, so vinyl is undoubtedly the best experience to appreciate his albums, to enjoy to the last note his superb solos, recognizable among a thousand others.

But back to Yes, I Have Ghosts. It is said that the best things are born by chance, and the genesis of this single confirms it once again. As Gilmour himself reports, “I was working on this song when the lockdown started and I had to cancel the recording session with the choristers but, as you know, not all bad comes to harm and I couldn’t have been happier to discover how Romany’s voice blends perfectly with mine and his playing the harp was a revelation”. Try to believe. The delicate arpeggio of his daughter Romany (who is practically Gilmour as a young woman) is heavenly, and her delicate and sweetly feminine voice is the perfect complement to her father’s warm and deep timbre. It’s one of those things that makes you forget to ask yourself what it would have sounded like in the initial version, because it’s simply perfect like that. A superb folk foray with a vaguely Celtic flavour as only Gilmour can do, even if Leonard Cohen’s influence is evident.

And here a separate chapter opens. It is not possible to separate this piece from the literary project that accompanies it. The idea behind it is simply brilliant: basically, it’s the “soundtrack” of his wife Polly Samson’s latest novel “A Theatre for Dreamers”, published last July. Yes, you got it right: a soundtrack for a novel. Before the lockdown, in fact, the Gilmour family was about to present “A Theatre for Dreamers” in a mini tour that would mix excerpts from the book, poems, Q&A, songs by Leonard Cohen and, of course, instrumental sections of Yes, I Have Ghosts.

The video of the song is in fact set on the Greek island of Hydra, just like the novel, which tells the story of a Bohemian community expatriated in 1960 and made up of poets, painters and musicians; this too is a clear biographical tribute to the Canadian artist who died in 2016, also one of the characters in the novel and who actually landed on the island at that time, which at the time was a famous meeting place for artists of all kinds, often fleeing from difficult situations. On the occasion of the book’s release, Gilmour, Samson and their children replaced the dates of the show with a live question and answer streaming session from their home, where they played “Yes, I Have Ghosts” for the first time. Gilmour, as predicted, also played many Leonard Cohen songs in these sessions, including “Bird on a Wire”, “So Long, Marianne”, “Fingertips” and “Hey, there’s no way to say goodbye”. He also sang two solo songs by his friend and bandmate in Pink Floyd, Syd Barrett, on whom he also worked as producer, “Octopus” and “Dominoes”.

In this regard, Polly Samson’s statements are enlightening: “We wanted to explore the creative possibilities of the format and produce something new, fresh and innovative. By working with David, as I have done many times over the last 30 years, writing songs for both Pink Floyd and his solo albums, we were able to bring together the world of literature and music to improve the listening experience and connect with the audience in a way I don’t think has been done before. I don’t know about you, but I really don’t feel like blaming her. Intimately, I can’t remember a project that would merge literature and music in such a way, two worlds that, however related they may be, have always remained distinct and separate by definition. Because they are two different sensory experiences. Because even when they tell the same things they do so in a different way, because of their intrinsic nature. Because when we think of the very concept of a soundtrack, we invariably associate it with cinema, and never before has anyone dared to approach it with a novel. So all that remains is to compliment the Gilmour family for having scored another hit.

As an antithesis to the noisy and copycat summer hits (of which I have already written what I think in my previous articles), Yes, I Have Ghosts offers us a relaxed, intimate and introspective summer postcard, on a sunny island, still untouched by the delirium of mass tourism and with a Gilmour who has been perfectly at ease in his 74 years. His class and artistic elegance are still perfectly intact, because jealously preserved over time, forcing his way through ages, styles, trends and whoever has more. As long as there will still be people like him to give audiovisual glimpses (it is worth saying) like this one, we can rest assured. If all this is also transported on vinyl, then I wonder what else you can ask of someone like him. 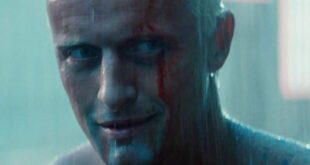 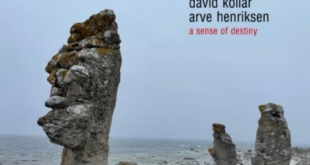 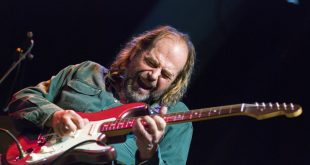 FROM JAMES BOND TO JIMI HENDRIX UP TO AVANTGARDE JAZZ, SIXTY YEARS OF MUSIC WITH RAY RUSSELL / THE INTERVIEW